Raipur is a small hamlet in the interior of Marathwada region in central Maharashtra. It is situated some hundred from a city of Aurangabad. People in the Samatapur has farming as a major source of income. In last generation the level of literacy was very low, but next generation has progressed and now, almost everybody is a graduate, irrespective of economic condition, religion or faith. It has mainly people belonging to religions, Hindus and Muslims. The village was quiet and calm and has very good social harmony.

Ramdas and Bismil were neighbours and working on their small agricultural farms, which were also adjoining. They were very social and were treated with very high respect in the village. Bilmil’s wife has left heavenly abode ten years back, when his only daughter, Rahemat, was just two years old. Ramrao and his wife, Revati were taking care of Rahemat since then. Rahemat was a very affectionate girl and very humble. She was a nice blend of Hindu and Muslim upbringing.

Ramdas and Revati has a son, Punyshlok, who was three years older than Rahemat. He was also a brilliant child. Bismil and his wife, Bandagi wished that their only daughter, Rahemat should be daughter in law of Ramdas. Ramdas and Revati also wished the same. A year back Bismil died after a brief illness leaving behind his only daughter Rahemat. Before his departure, Bismil expressed his last wish to Ramdas that he would like the doli and bidaiee of Rahemat be done by him. Ramdas promised Bismil that Rahemat’s neither doli will go nor she will be separated. She will stay back as today as wife of Punyashlok.

Raipur being a small hamlet, after tenth, both Punyashlok and Rahemat went to Aurangabad for college education. Punyashlok was interested in pursuing his career in Robotics in Spacecraft; whereas Rahemat’s interest was in Biotechnology. Punyashlok went ahead and joined Indian Space Research Organisation (ISRO) and Rahemat went to Purdue University, United States for prosecuting her studies in Biotechnology. Both were deeply involved in their studies and used to contact at least, once in a week with Ramdas, and Revati back in India.

It was Sunday evening and just before some time, Ramdas and Revati had a video call with Punyashlok and Rahemat. In such a small hamlet, marrying son with a girl of different religion was a bit courageous and bold decision. Even their other relatives might not support them and may excommunicate their family. Ramdas and Revati were thinking that once their son returns back to India, at the end of the year, they wanted to marry him with Rahemat, that being the promise and last wish of his friend Bismil. Ramdas was firm on his promise, come what may. Ramdas decided to call Punyashlok next day night and find out his views and wish.

Everybody wished the same but people in Raipur and relatives of Ramdas might not approve and like this marriage. Ramdas was bit nervous and worried for this. The consequences could be that his family has to migrate out of Raipur and settle somewhere else; but of course, one problem will still remain unsolved and that is his relatives. Everybody has relatives but they mostly live at different cities and towns. In in the time of need, who come for help always are those who are nearby. For Ramdas and Revati, promise given to Bismil was as sacred as any religious vow, and hence, they decided that they will keep their promise, at any cost.

On next day, Ramdas was nervous and has lot of anxiety. He never discussed this challenge with Punyashlok and Rahemat, but now, this decision which will be affecting not only Ramdas and Revati but future lives of Punyashlok and Rahemat. Ramdas or his wife never suggested to Rahemat, leave apart forced to change her religion. Actually, it did not make any difference to them either. Nor Punyashlok ever asked Rahemat to change her religion. Nor even suggested indirectly. Ramdas was not very illiterate and Revati too, but they were more learned with life experience. Evening, as usual Ramdas was waiting to make a video call around 9 p.m. He had already messaged his son and Rahemat that he wanted to discuss something urgent and cannot wait for one more week. Revati too was anxious and worried.

Ramdas called Punyashlok and Rahemat on a combined video call.

“Dad, what is that urgent? Are you and mom alright?” Punyashlok.

“Listen, you know we want you to get married in coming January 2021. It was also last wish of Bismil, Rahemat. We, both want it. I am asking both of you, are you ready for that?” Ramdas.

“Papa, why you are asking this question? Do not you trust me?” Rahemat.

“Papa, then why this question today? Any problem?” Punyashlok.

“The, papa? Do you have any doubt that I will not hold the hand of Punyashlok?” Rahemat.

“No, my daughter, you know very much what I told your dad. You were the besides him. We gave him promise. Promise to departing soul is promise to God.” Ramdas, “but, we are worried that people in our village will object to it, but that is not the problem. We can leave the village and settle anywhere else. That is not the problem. We are not sure about our relatives, whether they will accept this marriage.”

“Papa, what you want?” Punyashlok

“See, Punyashlok and Rahemat, you have to live your lives. We are with you always.”

“Papa, do not worry. We shall try to convince our relatives first and if, they do not agree, still we shall go ahead with marriage.” Punyashlok

“I want to see my both children to be absolutely happy.” Revati

It was emotionally easy to promise.  It is easy to die for your values and principles but very difficult to live with principles. Punyashlok immediately after the video call, called Rahemat to find out whether she is comfortable with this really or whether she was saying because she was brought up by his parents. He has no doubt but wanted Rahemat unequivocally to express it and should not be under emotional stress, at any cost. Punyashlok called her.

“Rahemat, how are you? I know you will be surprised with my immediate call.”

“No, Punyashlok, in fact I was also thinking to call you up. I wanted to ask you, are you comfortable with the decision. Please do not say that you have no problem. If you are not comfortable, you can retract now also.” Rahemat.

“No, no, not at all. Not at any cost. Do not again even think like this for God’s sake. I love my parents and you too. Together, we can. And Papa and mom are also with us. Then, what can stop us? We shall go ahead. We shall call papa again now.”

Punyashlok and Rahemat joined a video call again with Ramdas and Revati.

“Papa, we again discussed and we are with you. We respect your promise”.

“Papa, to respect parents is not only important but it is Ibaadat of Allah.” Rahemat.

“Beti, you are a gem. We are fortunate that God has bestowed his rahemat on us.” Ramdas.

“Papa, I wished I could hug you and mom at this time. Khudaki meher hai muzpar” Rahemat. Tears were trickling over her cheeks.

“Papa, now we shall stop worrying about anybody else. Let us relax now. Good Night.” Punyashlok.

It is said that “khoon ka rishta gahara hot hai, but it is not completely true. There are relations, beyond blood. Humanity, affection and love are more precious values in the life. It is said that marriages are settled in the heaven and performed on the earth. It sounds true and alluring. The world will be heaven and nice place to reside in happiness eternally, if people understand, recognise and accept this. Then, there is no stopping of happiness and contentment ever.

Mukund Bhalerao hails from a family of a high school teacher, brought up in a small town of Eastern Maharashtra. He has four siblings. His basic degree is in humanities, followed by two law degrees, Masters in Political Science & History, and a couple of post-graduate diplomas in Production and Labour. In a corporate career spanning for more than three decades, he was responsible for legal matters form the lowest court to Supreme Court.

He has been fortunate to get trained for Organization & Human Resources Development at the Indian Institute of Management. He is a Practitioner of Neuro-Linguistic Programming certified by its inventor, Dr. Richard Bandler, USA.

National Institute of Personnel Management, Kolkata conferred on him its Honorary Fellowship of the institute. He is a Life Member of the Indian Society for Training & Development, New Delhi.

He is the Certified Implementor of Quality in Healthcare by National Accreditation Board for Hospital & Healthcare, New Delhi and is also an accredited Lead Auditor for ISO-9001:2015 Quality Management System & ISO-14001 Environment Management System.

He is actively involved with the national work of Rashtriya Swayamsevak Sangh from childhood and currently serves Sanskrit Bharati. He is conversant in Marathi, Hindi, English, Sanskrit, Guajarati and Urdu. He composes poems, traveled to various countries, reads photography, has a taste for Indian Classical Music, Instrumental Music, Jazz and Gazals. Literature and Mythology are other areas of interest. These days he is actively involved in healthcare facilities. 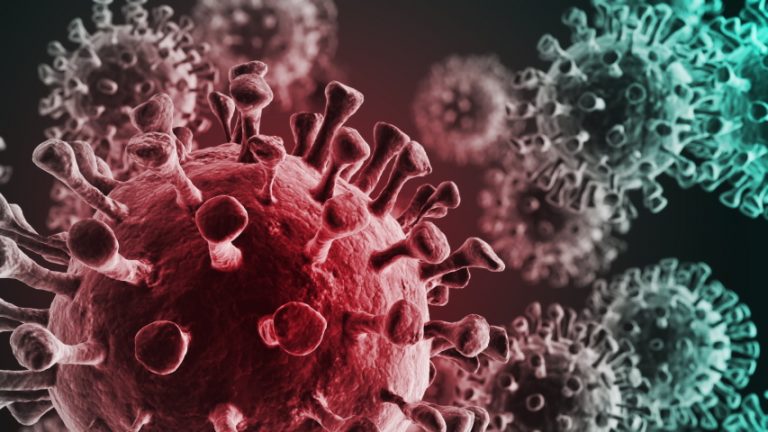