The simple application (Civil Suit) to allow females to worship “Shringar Gauri” in Gnyanvapi Mosque to a Civil Court at Varanasi has got complicated unnecessarily. It is matter of fact that the said mosque is adjacent to one of the oldest twelve Jyotirlingas in India, also called as Kashi Vishweshvar. Naturally, two different communities having faith in two different systems of worship enter the premises regularly. So, it is bit sensitive.

The essence of the Article–14 of our constitution guarantees equal protection of law to all Indian citizens, irrespective of caste, creed, religion, gender, place of residence etc. Another important Article-21 bestows on every citizen ‘Right to Life’, which includes a ‘Quality Life’; and quality life means and includes all corresponding things accessible for enjoyment, like pollution free environment, safety in society, free and unimpeded access to all public places, like restaurants, hotels, malls, gardens, play-grounds and educational institutions as well as hospitals and public transports. The places of worship form an important part of such public places, with full access and liberty to offer prayers and worship as per religious rites and tenets. [S. R. Bommai vs. Union of India, (1994) 3 SCC, 1 and State of Karnataka vs. Praveen Bhai Thogadia, A.I.R. 2004 S.C.2081: *2004) 4 SCC 684]

Therefore, the application by four Hindu Women for allowing worshiping “Shringar Gauri” is not at all unusual application. The said application (Civil Suit) is perfectly in the light and enforcement of the religious rights guaranteed in Part-II of the Constitution, namely Fundamental Rights. The particular Article- 25: Freedom of Conscience and Free, Practice and Propagation of Religion, is as under:

The said application (Civil Suit) was resisted by one organization of people following Muslim faith, on the pretext of prohibition under the Act of 1991, unwarrantedly. On the question of the nature of religious site, an application was moved by the plaintiff claiming that inside the said mosque there are and could be many structures and remnants of dilapidated building parts. The said application was contested, but ultimately the court appointed the ‘Court Commissioner’ to visit the place and open the locks or break the locks, if required. Court has also directed to do photography and do video shooting also of the places visited by those ‘Court Commissioners’.

In the meantime, the original defendants (Muslim organization) rushed straight to Hon. Supreme Court bypassing the Hon. High Court. Normally, it is not allowed. Any appeal against the judgment and order of High Court is allowed by a certificate from the said High Court (Article: 134-A) or alternatively, in extraordinary circumstances, under Article-136, Special Leave to Appeal.

In this Civil Suit, the matter is at interim stage and the trial court has not even seen the report of the Court Commissioner, but the defendants (Opposing the application for allowing the worship of Shringar Gauri.) approached the Hon. Supreme Court challenging the order of Civil Court at Varanasi directing the survey through Court Commissioner. In Supreme Court it is also vehemently argued that the said Civil Suit at Varanasi court tis barred by the provisions of the The Places of Worship (Special Provisions) Act, 1991 [No. 42 of 1991]. There were other points also, but we shall not deal with them all for the purpose of brevity.

Let us look at the salient features of the said Act of 1991. The purpose of Act is laid down as, “An Act to prohibit conversion of any place of worship and to provide for the maintenance of the religious character of any place of worship as it existed on the 15th August 1947, and for matters connected therewith or incidental thereto.” There are few important words defined in the said Act. The term “Conversion” is defined as “with grammatical variations, includes alteration or change of whatever nature”. Another term defined is “Place of Worship”, as “Means a temple, mosque, gurudwara. Church, monastery or any other place of public religious worship of any religious denomination or any section thereof, by whatever name called.”

The appellants (Original defendants, i.e. Muslim organization) argued before Hon. Supreme Court that the civil suit pending before the Varanasi Civil Court is barred by the provisions of Sub-clause (2) of Section-4 the said Act of 1991, which says that even pending civil matters before any court, tribunal or other authority at that time, when this Act was passed by the parliament, shall abate and no suit, appeal or other proceedings with respect to any such matter shall lie on or after such commencement in any court, tribunal or other authority. On the basis of this section it was argued in the Supreme Court. Actually, such type objections are raised at time of starting the proceedings. And hence, Hon. Supreme Court has rightfully sent back the whole matter to District and Sessions Judge at Varanasi for disposal.

Now, let us look at the Proviso to the above mentioned Section-4, which is as under:

It will be useful to look at the preamble of the said Act, which is as under:

Section-2 (a) Ancient Monuments means any structure, erection or monuments, or any tumulus or place of interment, or any cave, rock-sculpture, inscription or monolith, which is of historical, archaeological or artistic interest and which has been in existence for not less than One Hundred years, and includes…..

It will be pertinent to understand what is ‘Archaeological Site and Remains’ which is defined in the said Act, as

“It means any area which contains or is reasonably believed to contain ruin or relics of historical or archaeological importance which have been in existence for not less than One Hundred Years and includes…..”;

Based on above definitions, it can be certainly said that Gyanavapi Mosque can be safely called as “Ancient Monument and Archaeological Site. The twelve Jyotirlings exists form time immemorial; and I think this is single most point the said civil suit can definitely sustain. Once this Proviso (2) of sub-section-2 of Section-4 is accepted and applied, the whole argument of defendants shall frustrate and fall.

Before we go ahead discuss about another technical objection raised, we shall look at Section-21 and 22 of Ancient Monument Act, 1958.

Section-22: Excavation in areas other than protected areas:  Where an archaeological officer has reason to believe that any area not being a protected area contains ruins or relics of historical or archaeological importance, he or an officer authorized by him in this behalf may, after giving notice in writing to the Collector and the owner, enter upon and make excavation in the area.

These two sections, namely 21 and 22 of Ancient Monument Act, 1958 clearly state that there is a procedure laid down for visiting and excavating the site, if the concerned officer has reason to believe that any area not being protected area contains ruins or relics of historical or archaeological importance. And therefore, the said Gyanvapi Mosque portion, as prayed by plaintiff can be visited by Archaeological Officer and if required can also be excavated. This removes the hurdle in going ahead and investigates the existence of Pindi of Lord Maheshwar and other things. It is possible that defendants may dispute the icons and symbols found inside the said mosque. It will be interesting to talk about the Hindu Iconology, but since that is not the focus of this article, I postpone it to another / next article. Now, we shall go ahead and discuss about the absolutely technical objection raised by the respondents (original defendants).

Order-7, Rule-11: Rejection of Plaint: The plaint shall be rejected in the following cases:-

(d) Where the suit appears from the statement in the plaint to be barred by any law;

The Appellants in Supreme Court were harping upon this provision that the said civil suit praying for allowing worshiping “Shringar Gauri” is barred by the provision of Section-4 of the above-mentioned Worship Act, 1991. Appellants were advised and directed by the Hon. Supreme Court to go to District and Sessions Court at Varanasi and raise these argument, which will decide this core and primary issue and if it is accepted by the District Court, the case will automatically come to an end and hence, Supreme Court declined to intervene and grant any interim order, injunction or stay to the proceedings in the Civil Court, except transferring and directing the said civil suit from Civil Court to District Court for hearing.

Now, after discussing the above, the matter appears very crystal clear on the face of it, that since matter falls under the exception as mentioned in the proviso of Section-4 of the said Worship Act, 1991, the objection of the suit is barred by law, does not and should not sustain. And once, that argument is invalidated, the suit should survive and sustain. Once the suit sustains, the District Court Judge shall look into the ‘Report of the Court Commissioners”, which they have submitted in as sealed cover, containing the photographs and videos. Thereafter, the court may take that report on records of the court and can be inspected by the lawyers of both the parties. Further, the court will proceed as per the provisions of the Code of Civil Procedure, mentioned above and shall decide the fate of case (Civil Suit) based on the evidence produced and arguments of lawyers of both the parties.

The purpose of this article was to throw light on The Places of Worship (Special Provisions) Act, 1991 [No. 42 of 1991], Ancient Monuments and Archaeological Sites and Remains Act, 1958 (24 of 1958) and the Code of Civil Procedure, 1908 together, from the perspective of the application by three women devotees, for allowing worshiping of “Shringar Gauri” situated inside the Gnyanvapi Mosque (Converted / constructed by demolition the temple.) and for which the survey was ordered and carried out by the Court Commissioners, as directed by the Civil Court, Varanasi.  My all above logic is based on my understanding and interpretation of law. It is an academic exercise and not in any way comments on the legal proceedings of either Civil Court or Hon. Supreme Court. This article is written for helping understanding and comprehending the matter and not commenting on the proceedings. I am fully aware that the matter which is sub judice should not be objected which can amount to interference I the administration of justice. I respect our Constitution and honorable Judiciary.  It is the absolute privilege and right of honorable court to decide the matter. We all are lucky that we have a Rule of Law and there is a ‘Supremacy of Constitution’ in our country. 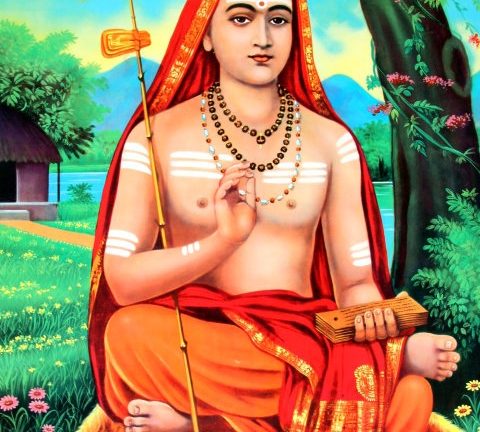